This museum exhibits Ukiyo-e prints and paintings produced in Osaka in the Edo period. Most of them are portraits of popular Kabuki actors whom many people came to see to the theatres around Dotombori area.

Popular Kabuki actors dispatched the latest fashion trends through their portraits. Designs of the actors’ costumes were taken in to Kabuki fans’ clothes and spread out into general public. Thus Ukiyo-e paintings played the trend dispatcher role.

In this feature exhibition, we focus on the patterns of the actors’ costumes, notably a striped pattern which is considered a symbol of townsmen, among other things. Striped patterns are consisted of various kinds of lines. There are many combinations of lines and the pattern have rich designability. Find their trendy kimono styles at the time in Ukiyo-e paintings. 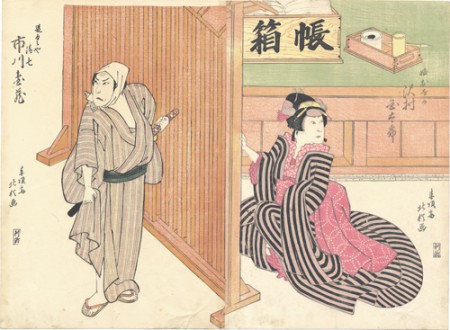 From the Muromachi period (14th century) to the beginning of the Edo period (17th century), dyed fabric called “Kanto” had been imported, when vertical stripes drew attention from the tea ceremony experts. Vertical-striped textiles woven in the South-east Asian islands were shipped and taken to Japan through trade with Spain and Portugal. It is said that this is why in Japanese the word “shima” has two meanings: island and stripe.

Though vertical-striped textiles imported at the beginning of the Edo period (e.g. toh-zan-tome) were expensive, as cotton fabric began to be made domestically, striped patterns became more popular among general public.

In the Edo period, the authorities frequently issued an injunction against luxury lifestyles of the common people. The ban reached as far as restricting what to wear. Common people were prohibited to wear kimonos with expensive material or gaudy dyeing, so they came to like stripes as they could invent and enjoy the combinations of simple lines. As a result, they produced various patterns.

As there can be many variations of patterns according to the width, order, and colors of the lines, and there are no distinction of age and sex, stripes got extremely popular among people. Furthermore, since common people enjoyed putting a name on each of the striped patterns (e.g. Benkei stripe), Kabuki actors came to invent their own pattern of stripes and put a name which associated with his name to attain more popularity. Ukiyo-e paintings, in which the actors were drawn, contributed to the trend.

Also because kimonos with striped patterns can show clearly the shape of the person’s body who puts it on and show women’s body beautifully, prostitutes who tried to be a trend dispatcher liked to wear striped kimonos. Stripes can be stylish or unrefined depending on the person who wears it, so many townsmen tried to show their taste in fashion using stripes. 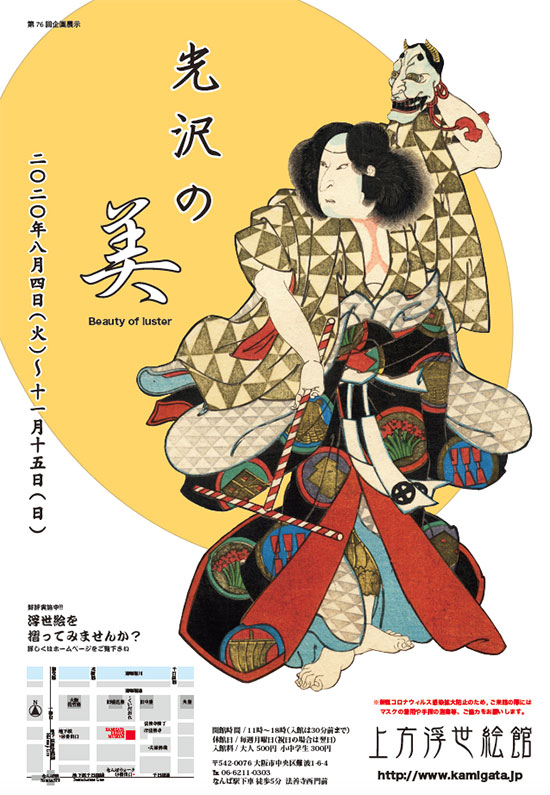