This museum exhibits ukiyo-e woodblock prints produced in Osaka in the Edo period. Most of the ukiyo-e prints made in Osaka were portraits of kabuki actors in which you can see how the stage and the actors were like at the time.

Ukiyo-e prints drawn in Osaka were of kabuki plays that were performed in theatres in Dotombori such as Naka-za and Kado-za located in Osaka. Some popular actors went Edo city to perform kabuki, but there were many who chose to act around Kamigata (Kansai area). There were many clans that were from Kamigata. 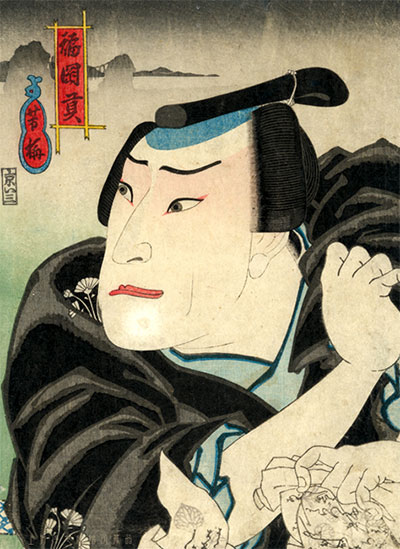 Jitsukawa Gakujuro I (1782 – 1835, Temmei 2 – Tempo 6)
Started his career as a disciple of Asao Kuzaemon I, and was given the name of Asao Yaozo. Later he became a disciple of Nakamura Nakazo II and changed his name to Nakamura Yaozo. In 1809 (Bunka 6), he reintegrated into Asao Kuzaemon and changed the name to Asao Yujiro. He played in the theatres in Edo from 1810 (Bunka 7) but went back to Kamigata (Kansai area) around 1819 (Bunsei 1).

In 1822 (Bunsei 5), he changed his name to Asao Gakujuro and performed together with Nakamura Utaemon III in a young male role. He gradually took the higher position and in 1833 (Tempo 4) he changed his name from Asao Gakujuro to Jitsukawa Gakujuro, becoming the head of the kabuki troupe. But then he became ill and died on the 4th of November in 1835 (Tempo 6) after he played in Kado-za theatre in September that year.

He looked good on stage and played a variety of roles, not only as a role of young male but also a female role. He was drawn in ukiyo-e as a good-looking man. There is also ukiyo-e in which he plays female role.

He looked good on stage just like Jitsukawa Gakujuro I and people said that he was blessed with his appearance. While he took over his master’s style of acting, he was also good at gentle style acting in love stories and got the reputation for being an expert for that style. Many of his ukiyo-e portraits are middle-sized (25cm ×18cm) with his name Enzaburo on it. He is characterized by the vertical lines on his cheeks.

Jitsukawa Enjaku I was very popular during the time from the end of the Edo period to the beginning of the Meiji period as a great Kamigata (Kansai area) wagoto (gentle style acting) actor. He was called “the three crows” along with Arashi Rikan IV and Nakamura Sojuro. He was also called “EnSoSuke” (three actors’ names put together) along with Nakamura Sojuro and Ichikawa Udanji I. Died from a disease on 18th September 1885 at the age of 54. His posthumous Buddhist name is Tenyu-in enjaku-nichiki-shinji. His little-bit-turned-up chin is charming and that charm is well drawn in ukiyo-e.

Shini-e (death picture)
Even now, when a popular actor or a singer dies there are wide range of media coverage. In the Edo period, ukiyo-e called shini-e was published to announce the death of a kabuki actor. It contained portraits of the actor in death clothes, the date and time of death, his posthumous Buddhist name, farewell poem and words of mourning. More popular the actor was, the more shini-e were produced to regret his death. 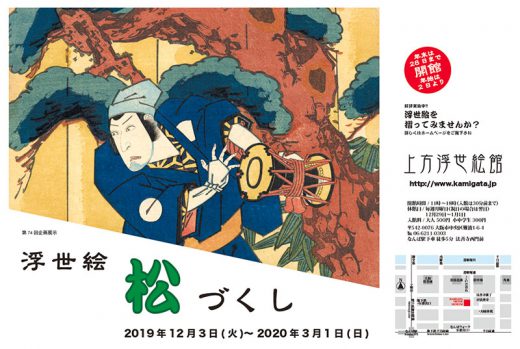