This museum exhibits Ukiyo-e prints and paintings produced in Osaka in the Edo period. Most Ukiyo-e paintings made in Osaka were portraits of actors playing kabuki in Osaka theatres around Dotombori.

While kabuki plays are based on real or historic events, the settings and/or names are changed to avoid being regarded as critical to the government. But as for the Genpei period, the history was accepted as is in the Edo period and frequently played in theatres.

In this feature exhibition we focus on kabuki plays related to Genji. Enjoy the Ukiyo-e prints and paintings of Genpei War (conflict between Genji and Taira clans) and the paintings titled “Yoshitsune Senbon-zakura” , which were already popular in the Edo period. 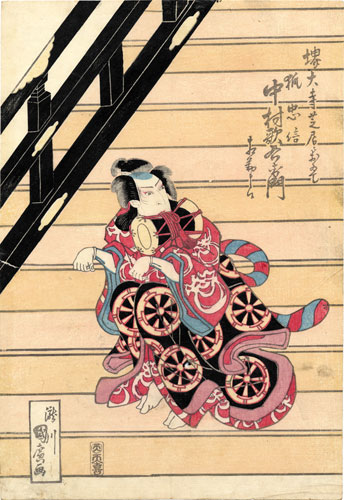 Genji history: before the Genpei War
Genji means Minamoto clan, and Minamoto is one of the surnames bestowed to the members of the imperial family who were demoted into the ranks of the nobility. There are many Minamotos according to the emperor who bestowed the name. This exhibition focuses on Seiwa Genji samurais, who are originated from prince Tsunemoto, son of Emperor Seiwa. In kabuki, there are two main popular stories related to Genji; wars with Heishi (Taira clan) from Hogen Heiji Rebellion to the Genpei War and the story of Yoshitsune.

Minamoto no Yoshitomo was defeated by Taira no Kiyomori in the Heiji Rebellion in 1159 and his son, Yoritomo, the later founder of Kamakura Shogunate, was sent into exile to Izu island. Gradually more and more people began to feel antipathy to the rising power of Heishi, consequently occurred Shishigatani incident in 1177 after which Shunkan was sent to exile, and then Mochihito-o ‘s uprising in 1180, beginning the downfall of Heishi.

In kabuki plays, people’s feelings like retainers’ loyalty to their masters or complex feelings between father and son are richly expressed with the historic events in the background.

Taira no Kiyomori and his descendants
Being victorious with the Heiji Rebellion in 1159, Taira no Kiyomori became as high rank as Dajo Daijin, one of the most powerful ministers. Being at its zenith, it was said that “Only the members of the Taira clan should be considered legitimate human beings”. The Taira’s glorous days can be seen in a kabuki play “Shikai Taira no Kiyomori”

As it is said “the proud Heike family (Heishi) does not last long”, Heishi clan fell. But in kabuki there are many programs that are sympathetic over the defeated, and there are even programs in which Heishi warriors are still alive.

Genpei War
After the Mochihito-o’s uprising was suppressed, Minamoto no Yoritomo raised an army in 1180. He forced Yoshinaka into a corner after the battle at Ujigawa in 1184 which Kajiwara Kagesue had started. And then Yoritomo began to move toward hunting down Heishi. At the battle at Ichinotani in 1184, Yoshitsune made a surprise attack on Heishi, who fled to the sea. The episode that Kumagai Naozane killed young Taira no Atsumori was included into “Ichinotani Futabagunki”. In this story Yoshitsune orders to save Atsumori’s life, who in fact is the illegitimate son of Emperor Go Shirakawa, and to kill Naozane’s son instead.

And then at the battle at Dannoura in 1185, Heike clan samurais jumped into the sea and all died out. Kenreimonin, the mother of the Emperor Antoku, and Imperial Prince Morisada, the brother of the Emperor Antoku, who were at the hands of Heishi, were both rescued and taken to the capital city, Kyoto, by Yoshitsune who was given rewards from the Emperor Go Shirakawa for this. Since then discord between Yoritomo and Yoshitsune came to the surface.

“Yoshitsune Senbon-zakura” and Yoshitsune’s fate
Despite Yoshitsune’s great contribution to the fall of Heishi, Yoritomo got angry because Yoshitsune was given an official rank from the emperor without Yoritomo’s permission. Yoshitsune arrived in Koshigoe (present Kamakura) with Taira no Munemori and his son as prisoners and sent a letter (known as Koshigoe Letter) to his brother Yoritomo to show his loyalty. Eventually Yoshitsune went back to Kyoto in vain.

Yoritomo decided to kill Yoshitsune, so Yoshitsune temporally took refuge in Yoshino (present Nara) but was expelled from Kyoto soon after. In kabuki play “Yoshitsune Senbon-zakura”, Yoshitsune reunited with his mistress Shizuka Gozen and his retainer Kitsune Tadanobu at Kawatsura Hogen Yakata in Yoshino.

They left Kyoto and fled to Oshu (present Tohoku, northeastern Japan) to seek protection from Fujiwara no Hidehira. On the way to Oshu, they passed Ataka checkpoint in present Ishikawa prefecture, the episode here became the famous kabuki play “Kanjincho”. Finally, Yoshitsune commited seppuku (suicide by stomach-cutting) after being attacked by Hidehira’s son, Yasuhira in 1189.

An extra: Genji-e
In Ukiyo-e, Genji not only means samurais like Yoritomo and Yoshitsune but also “Hikaru Genji” in “The Tale of Genji”. Although “The Tale of Genji” was already recognized as classic literature in the Edo period, during Tempo Era (1830-1844) the novel “Nisemurasaki Inaka Genji”, adapted from the famous tale, was published with illustration cuts by Utagawa Kunisada and became very popular.

Because “The Tale of Genji” was very popular, many Ukiyo-e craftsmen made “Genji-e”, the prints and paintings describing the scenes in the tale. 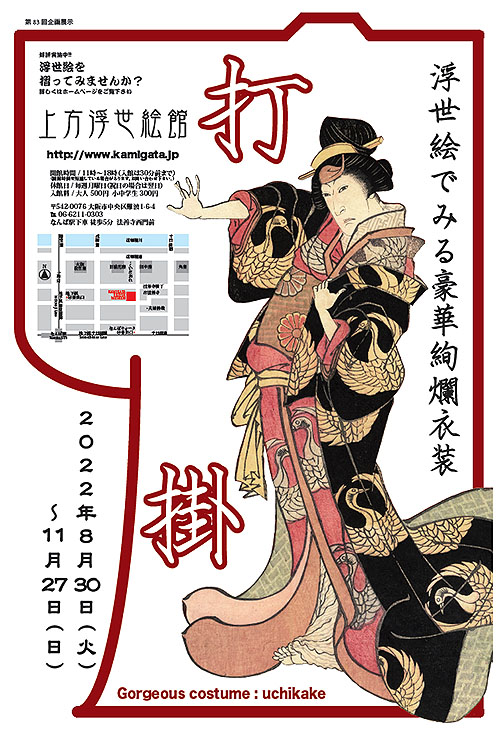